DÜSSELDORF IS A GREAT LOCATION.
IT IS AT THE CENTRE OF EUROPE! 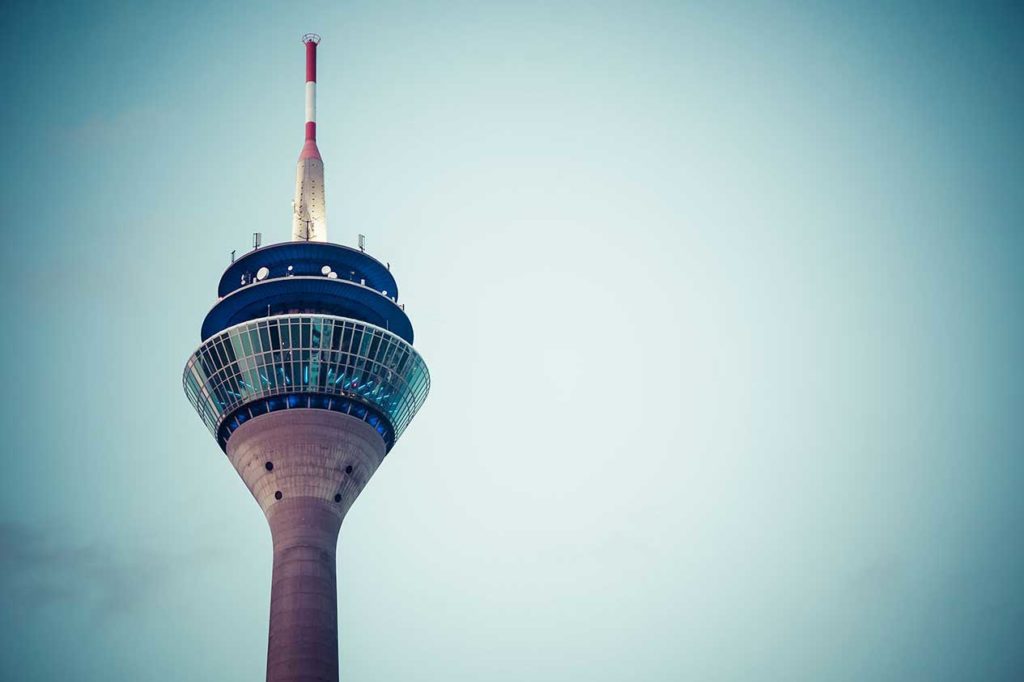 IT HAS GREAT ECONOMIC POTENTIAL AND IT BOASTS THE FLAIR OF A CITY ON THE RHINE.

Being the state capital of North Rhine-Westphalia, its role as the key economic, transport and culture hub of Germany is underlined once again. The population of the region can be compared with the structure of Greater London and Paris. In terms of its gross domestic product, the Düsseldorf region is in third place in Europe, right behind London and Paris. In its catchment area, 18 million people live within a radius of 100km.

As a trade fair venue, Düsseldorf is one of the three top-selling trade fair sites in Germany and hosts 25 international trade fairs such as Medica.

Its convenient location on the Rhine is the key to the region’s economic success. Its well-developed infrastructure with connections to the airports in Düsseldorf and Cologne/Bonn and to the A3, A46 and A57 motorways are a positive factor in its location. Düsseldorf International Airport is the most important transport hub in North Rhine-Westphalia. It has the most flights, a dense European network and a steadily increasing number of intercontinental flights.

Many global players know how to make use of the location’s appeal and the commercial register consequently reads like a Who’s Who from across all industries – L’Oreal Germany, Vodafone Germany, Metro AG, ThyssenKrupp, E.ON etc.

The region surrounding the City of Düsseldorf also has a lot of culture to offer. It is known for its characterful art and culture scene and exhibits important collections of modern art in Germany at its museums, such as the Kunstsammlung NRW or Museum Kunstpalast.